Étienne Baudo was a student of the legendary Georges Gillet at the Paris Conservatory.

He went on to become professor of Oboe at the Paris Conservatory from 1961-1973.  He in turn was the teacher of Maurice Bourgue (Conservatiore National Supérieur in Geneva, Switzerland).

He retired to Marseille. In 2001 his son Serge, conductor, brought Étienne over to the Oboe Repertoire Festival where we helped celebrate his 80th birthday with a birthday cake that Laila Storch arranged to get for the occasion.

It was a tremendous honor to get to meet this legendary oboist and share this special birthday with him.

He had met John de Lancie in Paris during World War II and had attended de Lancie's wedding following the war. Mr. de Lancie walked Étienne back to the car when he left.  Étienne turned to Mr. de Lancie and told him: "You know, when you were in Paris you spoke French like a Frenchman, now you speak French like an American."  Mr. de Lancie just roared when relating this story.  He said one of the chief sports of Mrs. de Lancie's family was to point out when she pronounced a French word with an American accent. 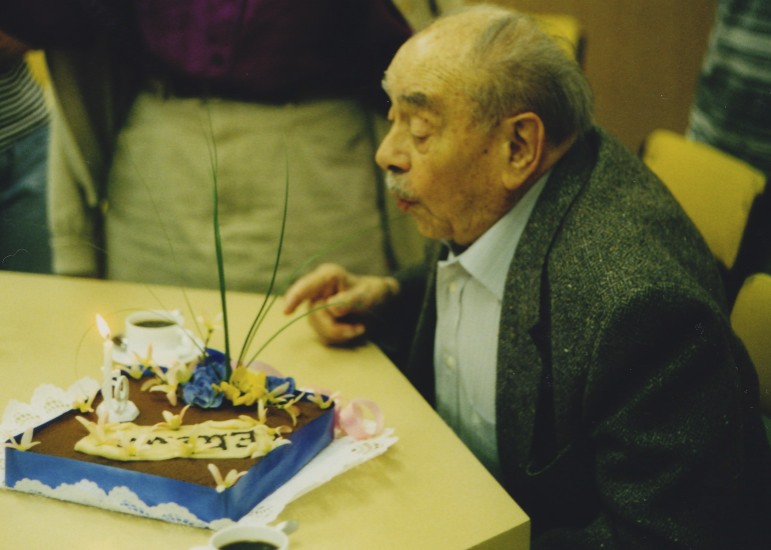